Your Property. Our Team's Priority.

Maine Properties has been consistently delivering quality management, maintenance and remodeling services for property owners and renters since 1981. More recently, in 2014, Peter and Richard Michaud – lifelong friends of the Risbara brothers – brought their expertise and experience to create a new and highly successful partnership. The Michaud’s and Risbara’s are founders and co-owners of multiple Scarborough-based companies including Maine Properties LLC, Southern Maine Remodeling and M & R Holdings. They are all Scarborough residents, and are committed to creating a high-quality product and exceptional customer service experience. 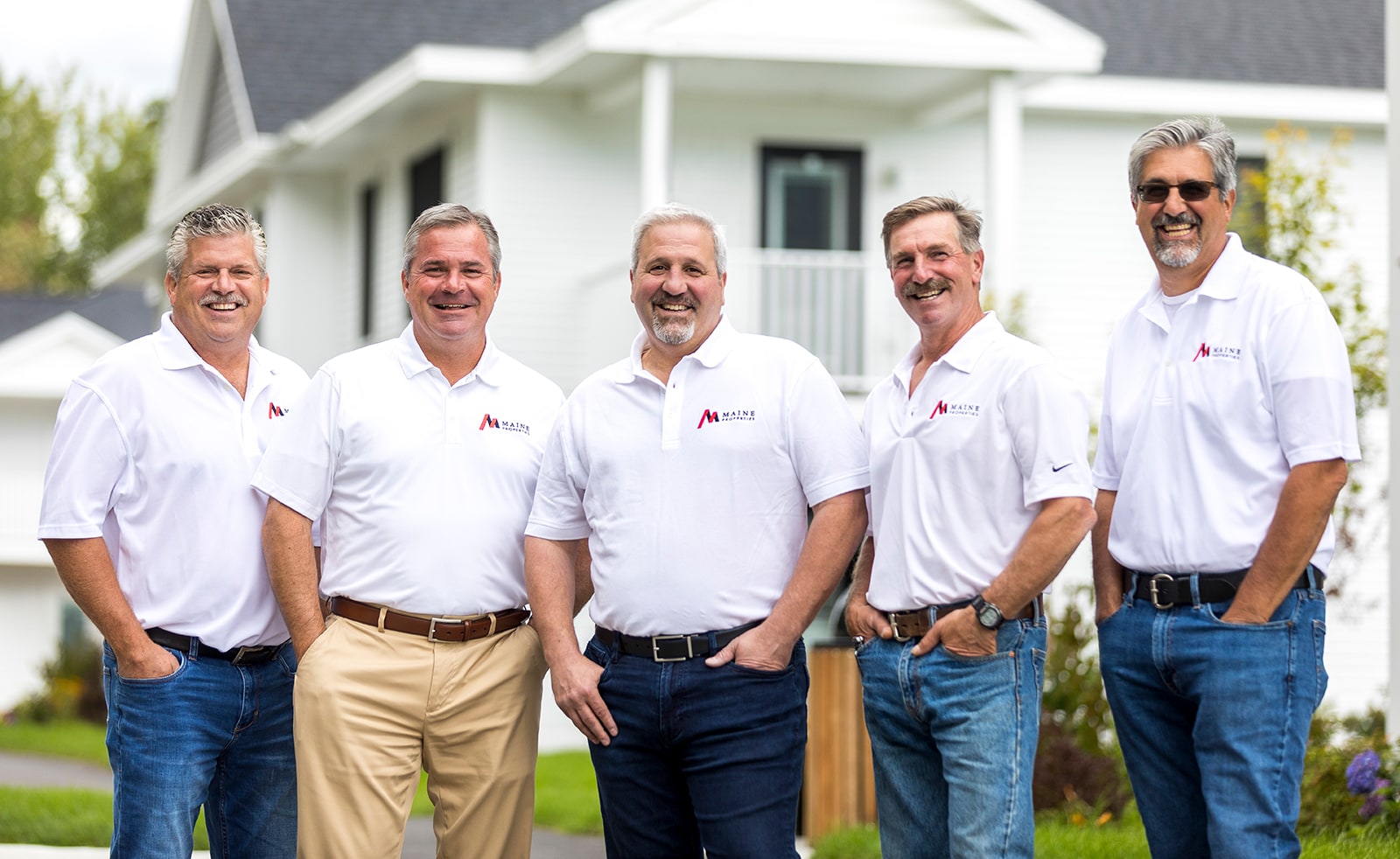 Your Property. Our Priority.

Rocco (Roccy) Risbara III is a partner in the Downs Project, as well as Partner and President for Risbara Bros. Construction Co., Southern Maine Remodeling, and Managing Partner for M&R Holdings, LLC and Maine Properties, LLC.

Roccy, along with his brothers, takes great pride in the accomplishments of their family business endeavors. 2020 marks the 52nd Anniversary for Risbara Bros. Construction, and the 39th year of operation for Maine Properties, LLC.

With four decades of experience in residential and commercial construction, Roccy knows every aspect of the business. Often working “behind the scenes”, his vast project management experience includes residential homes, condominiums, apartments, and a substantial number of commercial properties including banks, credit unions and other businesses.

Roccy is passionate about the positive impact his long‑standing successful family business has on his community, offering employment opportunities for Maine families and supporting ongoing growth and development.

A lifelong resident of Scarborough, Roccy married his high school sweetheart, Mary Jane, and they settled down together to raise four children, Maria, Rocco IV, John, and Margaret. They recently welcomed their first grandchild to the family, Henry, age 1.

With over 35 years of construction and development experience and expertise, Bill’s successful projects range from single family homes to large scale apartments and commercial projects.

Bill, along with his brothers, takes great pride in the accomplishments of their family business endeavors.

A native of Southern Maine, Bill is committed to the positive growth of his community. His recent projects include Blue Spruce Farms Apartments, Waterside Apartments, Island View Apartments, and Autumn Woods Apartments in Westbrook, as well as Carrier Woods Apartments and the Town and Country Federal Credit Union Headquarters in Scarborough.

Bill is a lifelong resident of Scarborough, where he lives with his wife, Lisa, and where they raised their children Ashley and Garrett. He enjoys fishing and hunting, and spending time with his grandson, Crew, age 5. Bill is a graduate of Cheverus High School.

Marc Risbara is a partner in the Downs Project, as well as Partner and Vice President for Risbara Bros. Construction Co., partner for M&R Holdings, LLC, Southern Maine Remodeling, and Maine Properties, LLC.

Marc grew up working in the family business, having started running heavy equipment at a very early age, but his interest has been more site work focused. For the last 30 years he has headed up the earthwork and site development aspect of the business. He is involved in the land purchases and also has an in-depth knowledge of underground utilities and infrastructures. He has had hands on involvement with hundreds of successful builds, both residential and commercial.

Marc is a lifelong resident of Scarborough, where he also raised his three children, Marco, Marisa, and Serina. His love for the outdoors comes through in every aspect of his life. Marc, along with his fiancé Tina love to travel, hike, and snowmobile.

Peter Michaud, a partner in the Downs Project, is also Managing Partner for Maine Properties, LLC, Southern Maine Remodeling and M&R Holdings, LLC. He has a strong background and experience in real estate development, entrepreneurial expertise and strategic planning and acquisitions.

Peter grew up working in the family business and joined his father and brother in their startup distribution company just after college. After learning the business from the ground up, Peter would go on to serve as Chief Executive Officer. His entrepreneurial spirit and strategic management of development and acquisitions led the company through exponential growth from a small startup into a multimillion dollar business. The company’s merger with a major international entity brought Peter to a corporate leadership role as President, overseeing a multibillion dollar business with outstanding results.

A native of Southern Maine, Peter is actively involved in the development of his community. His recent projects include the building and design of a large distribution center in Saco, two commercial buildings in the Scarborough Industrial Park, and, most recently, several apartment complexes in Westbrook and Scarborough.

Peter lives in Scarborough with his wife, Terry, where they raised their two children, Jake and Emily. He is active as a board member and in the fundraising efforts for several charitable organizations which serve his local community. Peter holds a degree in Business Administration from Southern New Hampshire University.

Richard Michaud, Jr., a partner in the Downs Project, is also Partner for Maine Properties, LLC, Southern Maine Remodeling, and M&R Holdings, LLC. With a solid background in corporate operations and executive management, he recently retired from his role as Vice President, Sales Operations Strategies for a prominent international manufacturing and distribution company.

Richard’s career began at age 17, when he, along with his father and brother, started a single truck distribution company out of his family’s garage. They would go on to grow that small startup company into a thriving operation with a network of distribution centers serving multiple states and employing 200 people. When their company entered into a partnership with a larger corporate entity, Richard took on a leadership role to manage logistics, operations and development for 120 distribution centers in a multibillion dollar international operation with exceptional results.

A native of Southern Maine, Richard’s passion for his community has fueled his interest and involvement in local development projects, including the design and execution of a large distribution center in Saco, two commercial buildings in the Scarborough Industrial Park, and, most recently, several apartment complexes in Westbrook.

Richard resides in Scarborough with his partner, Susan, where he raised his three children, Chelsey, Kathryn, and Michael. An avid outdoorsman, he enjoys fishing and hunting. He is actively engaged in his community, serving on the Board for several nonprofit organizations.

Maine Properties LLC Needs a Team Member Like You!

Maine Properties is a dynamic industry leader with a growing and diverse portfolio of properties throughout Southern Maine.

For job openings and more opportunities, click on the links provided!